I was walking in our woods yesterday. After a long dry spell and what looked like muted foliage colors, the colors have finally “popped.” It was a gorgeous, sunny fall day in the North Country of New England. Back fresh from a yoga teacher training/retreat, I was making a practice of walking slowly, breathing, doing moving meditation, and just for something new, talking to the trees and rocks and thanking them. I spent some time breathing and being with a favorite sitting rock. As I came down the hill, I began to thank the vegetation around me — not only the beautiful maples and spruce, but the underbrush as well — goldenrod and other vegetation.

On my left, I approached a medium sized sugar maple. I remembered that my husband and I had called this tree a “good producer” when we tapped our maples for sap one and two years ago. (2016 was such a GREAT season for the sap that we had no need to tap trees this year.) This tree, all by itself and not the biggest maple on the lot, produced sap like crazy. It has to do with many things, including the location of the tree, and how the sun hits it, etc.

In my mind, I thanked the tree for being such a good producer.

In my mind, the tree responded, “I want to be known for more than just being a great producer.”

I had to laugh. Me too, I thought. I want to be know for more than being a good producer. What I want to be known for, I am not sure. A creative person? A lover of beauty? A kind and compassionate person? A person who made a difference, small or large?

Yes, more than a producer.

And I thanked the tree for its being and its beauty, above and beyond what it produced. 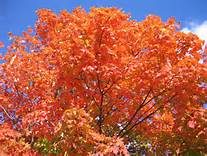 About the Author: Catherine Holm

I'm an award-winning author who writes about cats, people, and Place. I'm also a certified massage therapist and certified yoga instructor. Find what makes you happy and do it.